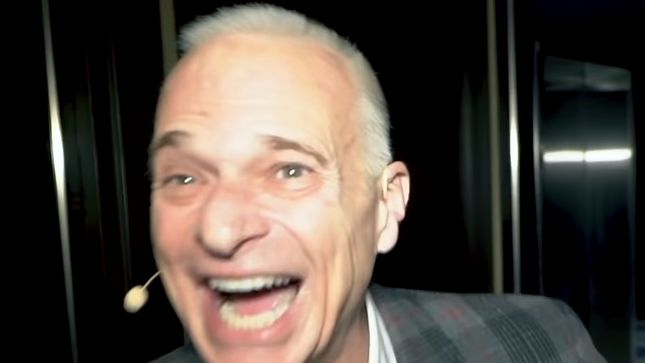 In the latest episode of The Roth Show, the Van Halen singer crashes a bachelor party in Las Vegas:

Earlier this year, David Lee Roth joined Dutch trance DJ Armin Van Buuren on stage at the Ultra Music Festival in Miami to hype up the crowd while the duo performed a remix of Van Halen’s “Jump”. Big Beat Records has now released the official studio version of the remix. Get it here, and listen to the track below.

The strange musical partners have hit the road, performing van Buuren's "Jump" remix live for crowds at Ultra Miami and on stage at KAOS day club at the Las Vegas Palms Casino for last weekend's EDC festivities. Roth, as colourful and lively a character as he's ever been, gushes over the remix, praising van Buuren for his restraint and imagination.

"There are places in Texas where you could drive off the road and 20 minutes later I can still see the car," Roth tells Billboard. "That's like these remixes. You can still kind of see the car and feel the music of the original, but it sure looks different and very far away from what it was originally."

"In terms of professional artistry, you don't always construct," he continues. "Frequently, we deconstruct. We simplify. we got rid of "the". It's Facebook. that's a very clear way of describing or illustrating that which I speak of. What Armin did is find the very soul of that and create a boom in the room. It's not just in the bass. There is a belligerent enthusiasm ... You gotta have it."