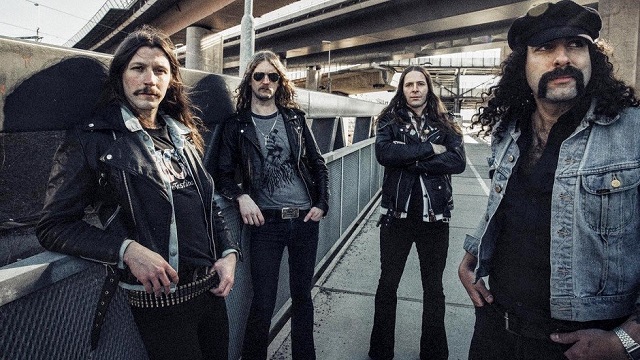 "Behold another stew of rockness! This time we give you riffs that salute the rock and twin guitars designed especially to render your face extra molten. With Joseph Tholl handling the backing vocals for the ultimate peak in high pitch howling, we suggest you lean back and surrender to this crisp ear drum pounder, all while understanding that there is no use in resisting, cause Evil Always Wins. Go!"

Surrender (out worldwide on September 4 via Century Media Records) can be preordered here and will be available in the following formats: