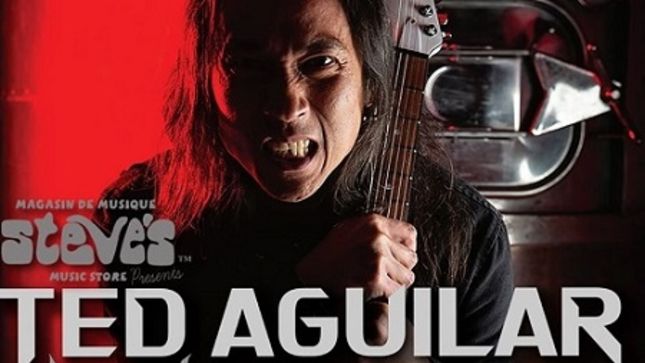 Death Angel guitarist Ted Aguilar has announced a pair of in-store appearances at Steve's Music in Toronto and Montreal.

The Toronto date is Tuesday November 26th from 6pm to 8pm. Steve's Music Toronto is located at 415 Queen St. W.

The Montreal date is Wednesday November 27th from 6pm to 8pm. Steve's Music Montreal is located at 150 Ste-Catherine St. E.

Come by and say hello, take in some wicked chops and have a chance to meet a part of metal history. Seating is limited, so come early and grab your spot. RSVP to the event on Facebook to get updates and reminders of the show.

At both the Toronto and Montreal in-stores, there will be door prizes and an ESP guitar giveaway.

In other news, Death Angel has unveiled the official music video for "Immortal Behated". The track comes from the band's latest release, Humanicide, which recently received a Grammy nomination for "Best Metal Performance."

Death Angel are currently on the road in North America with openers Exmortus and Hellfire. Tickets available here.