DEE SNIDER Premiers "For The Love Of Metal" Music Video, Says He Will "Absolutely" Make Another Album With JAMEY JASTA Producing 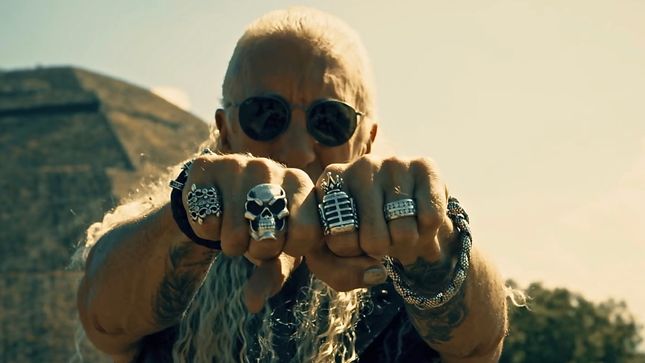 KaaosTV spoke to Dee Snider about his participation in the Raskasta Joulua concerts, his next solo album, the reception for his album For The Love Of Metal, and  the future of rock. Watch below:

Dee has released a music video for the title track of his new album For The Love Of Metal, released back in July via Napalm Records.

Says Dee: "'For The Love Of Metal' (the song and the new video) is a love letter from me to the music and fans that have lifted me up and been my life for the last 45 years. To still be able to perform for audiences like the 40,000 plus at Forcefest in Mexico (shown in the video) is truly an honor and a privilege. I thank you all! Heavy metal forever!"

“I Am The Hurricane” lyric video: