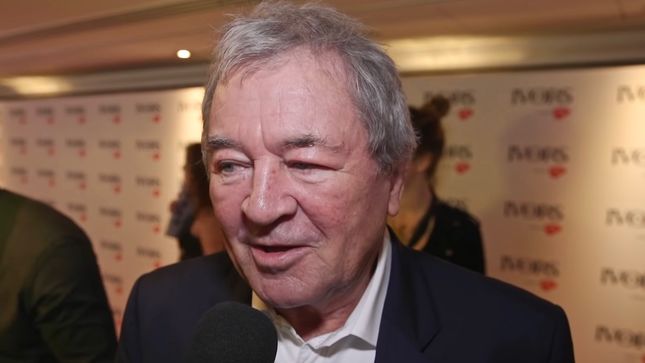 Deep Purple were honored with the International Achievement award at the 2019 Ivor Novello songwriting awards, held Thursday night (May 23) at Grosvenor House in London, England. NME caught up with singer Ian Gillan on the red carpet. Watch the video below:

Deep Purple's current lineup - comprised of Ian Gillan, Roger Glover, Ian Paice, Steve Morse and Don Airey - have announced The Long Goodbye Tour presented by Live Nation. The tour will include over 25+ dates across North America, kicking off on September 3 in Riverside, CA before concluding in Minneapolis, MN on October 19. See below for the full tour itinerary.

With a body of work spanning seven decades, Deep Purple has helped pioneer and define the hard rock genre whilst progressively moving into new areas to keep their sound fresh and attract new fans to the legions who have remained loyal since the band’s inception.

Known as one of the hardest working bands ever, Purple has released 6 studio albums since 1996 alone and has toured globally since forming in 1968 with little rest. In 2007 (almost 40 years after being formed) the band performed 40 dates in France to an award-winning audience of 150,000 whilst this summer, across the US and Canada, the band partnered with fellow hard rockers ‘Judas Priest’ embarking on a wildly successful 25 city tour!

Purple has stayed true to its musical roots taking from an eclectic mix of styles to create a distinctive sound that defines the band today, but which in turn, has created a legacy that very few bands could ever hope to replicate.  The band has written and produced so many “classic” songs that its audience ranges widely in age and background, something the band has embraced and caters to, with its concert setlists.