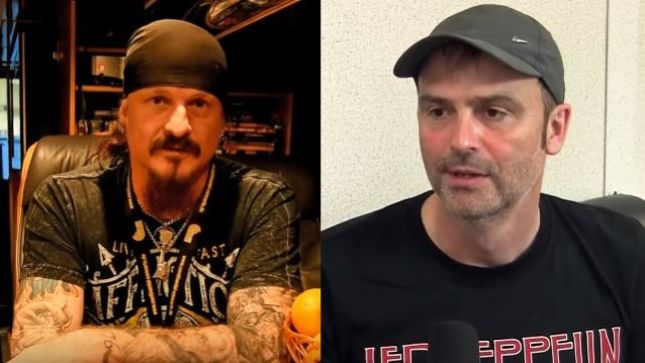 Demons & Wizards - featuring Blind Guardian vocalist Hansi Kürsch and Iced Earth guitarist Jon Schaffer - have been confirmed to play the 30th Anniversary edition of the Wacken Open Air in 2019, which will run from August 1st - 3rd.

Schaffer comments: "It's a good pressure for Hansi and I, it's a good kind. It's the kind we like. We're very excited about it. The thing is we wanted to continue the Demons & Wizards thing, but with Iced Earth and Blind Guardian, we're very busy people, and our schedules... it's just one of those times right now where the holes are lining up in the right way for us to be able to commit to shows next summer. So it's cool."

In an interview conducted for Capital Chaos TV earlier this year, Jason Ashcraft of AFM Records recording artists Helion Prime spoke with Iced Earth guitarist Jon Schaffer at Ace Of Spades in Sacramento, California on March 7th. Up next for Schaffer is Demons & Wizards, his side project with Blind Guardian's Hansi Kürsch.

With Iced Earth having released Incorruptible, their final album for Century Media Records, Jon discusses the plan for moving forward: "Haven't made a decision on that yet. There's a lot of labels that are interested, and we're looking at different business models, but there's no hurry for Iced Earth to rush into anything, it's gonna be a while before we do a new record, 'cause this is so new. The next thing on my docket is Demons & Wizards anyway, so that's coming later in the year. That's gonna be the focus of the creative energy this year."