DESTRAGE Reveal A Mean To No End Album Details; “Symphony Of The Ego” Lyric Video Streaming 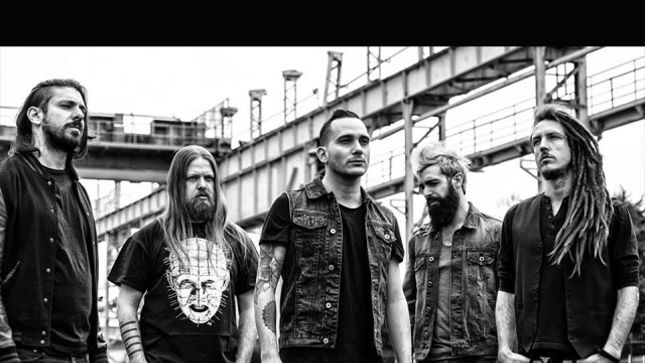 You can try to put Destrage in a box but you will never succeed. Words such as "progressive", "cinematic", "mathcore", "technical" and "groove-laden", could be thrown at them, but really the only one you need is Destrage, for they are in a category of their own making. This has never been truer than on A Means To No End, the fourth full-length from the Milan, Italy-based 5-piece, due out October 21st via Metal Blade Records. Riveting from start to finish, it leads the listener through an emotionally-charged labyrinth of complex yet catchy melody and muscle, following nobody's rules, and it stands out as one of the truly unique releases of 2016. For a first preview of A Means To No End, a lyric video directed by The Jack Stupid, “Symphony Of The Ego” can be seen below. Preorders are available at Metal Blade.

Destrage recorded A Means To No End at RecLab Studios in Milan, reuniting with their longtime collaborator Larsen Premoli, and his assistant Alex D'Errico. While tracking, at the suggestion of drummer Federico Paulovich, they brought percussionist Alessandro "Pacho" Rossi into the fold. Having entered into the writing process with no plans beyond simply wanting to write good music, the finished product - which is mixed by Steve Evetts and mastered by Alan Douches - is somewhat revelatory, and will certainly grab the attention of anyone exposed to it. Known for their powerful live shows, these tracks are sure to sound incredible when blasted from titanic speakers as the band take them to the masses.

“A Means To No End”
“Don’t Stare  At The Edge”
“Symphony Of The Ego”
“Silent Consent”
“The Flight”
“Dreamers”
“Ending To A Means”
“Peacefully Lost”
“Not Everything Is Said”
“To Be Tolerated”
“Blah Blah”
“A Promise, A Debt”
“Abandon To Random”

“Symphony Of The Ego” lyric video: