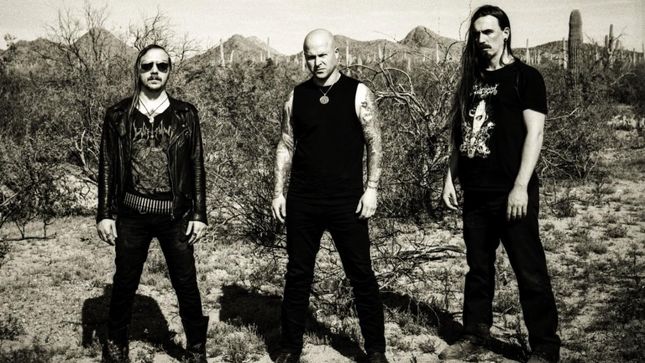 Epic black metal band, Devil With No Name, has unveiled a teaser video for their upcoming self-titled debut album, set for release on May 22 via New Density. Watch the bleak new trailer, which features the EP’s opening track, “Grand Western Apostasy”, below.

Inspired by the surrounding vast harsh landscapes, Devil With No Name is proof that black metal is no longer a genre requiring blistering snow and white mountain tops. Combining the attitudes of a cut-throat western past and those of the great beast of rebellion, Devil With No Name is the pariah that stands apart from hordes with names, the fallen angel once buried in chains beneath the sun, now left to wander with pistol revolver in hand.

“The desert has a charm and majesty all its own,” says guitarist/vocalist Andrew Markuszewski. “It can be harsh and exhausting, much like that of Scandinavia and its long winters. When embraced, both can have a similar influence in extreme music, as black metal or whatever forms the music may take on.”

Comprised of Andrew Markuszewski (Lord Mantis, Sonoran Rebel Black Magick) on guitars and vocals, Michał Juśko (Sovereign) on bass and vocals and Cody Stein (Void Omnia) on drums, Devil With No Name began when Markuszewski left Chicago for the deserts of Arizona a few years back and connected with Juśko. The pair began writing blistering black metal influenced by the lifestyle and culture of the Southwest.

As a huge fan of old westerns, and particularly the works of Sergio Leone, who is credited with the creation of the Spaghetti Western genre, Markuszewski was largely inspired by Leone’s Dollars Trilogy featuring Clint Eastwood as the iconic character known as “The Man With No Name.” Drawing upon that influence and paying homage to the rebellious nature of the black metal they were writing, Markuszewski took heed and decided to call the group Devil With No Name. After recruiting drummer Cody Stein, they would work on and self-produce an EP which became a huge trial by fire. In the end, they came out with an epic result on this debut release.

Devil With No Name was mixed and mastered by Ken Sorceron (Abigail Williams, Lord Mantis) and features artwork by Rodrigo Pereira Salvatierra. The record is available in digital and limited edition gatefold, 180 GM black vinyl formats. Pre-orders are available Bandcamp, and NewDensity.com. 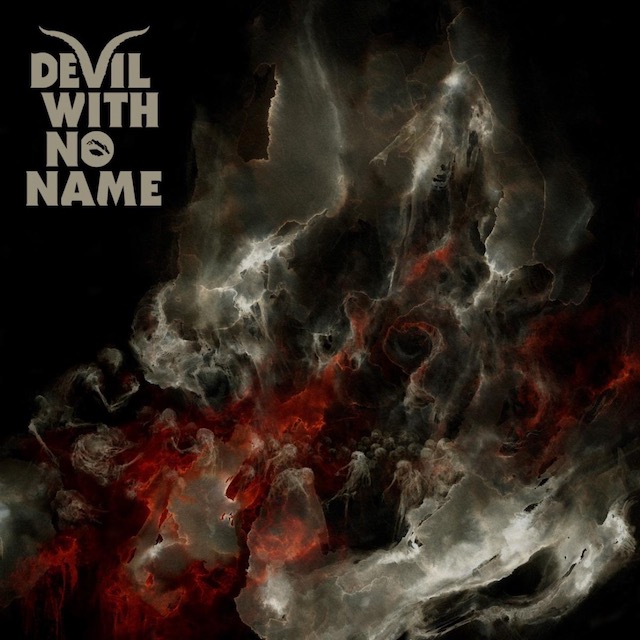 Devil With No Name tracklisting: