DIAMOND HEAD - Am I Evil? Graphic Novel In Development 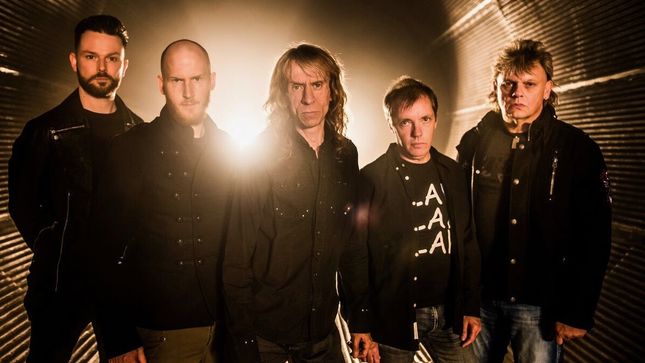 Whether it’s Metallica’s iconic cover, or Diamond Head’s groundbreaking original, “Am I Evil?” is the perfect heavy metal song, a thrilling 8-minute journey into a world of violence, bloodshed, dark magic, beauty, and vengeance.

Am I Evil? The Graphic Novel takes us deep into the story of the song, from the fiery execution of the young anti-hero’s mother, on through his madness, his assassin’s training under The Prince, his connection to the mysterious “sweet and timely whore,” and ultimately, his bloody quest for vengeance. 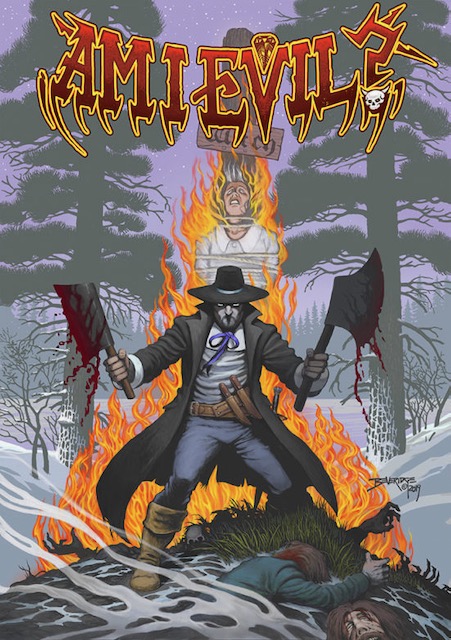 Who is the team behind the graphic novel? Are they real deal artists? Why should I care? Will it be true to the song’s lyrics? Will this look badass, or half assed?

Well, first off, the scripter and the man behind the idea, Jack Mangan, is a long time heavy metal headbanger, podcaster, musician, author, and a journalist. Mangan has acquired permission from Brian Tatler and Sean Harris, founding members of Diamond Head, to create a graphic novel interpretation of their classic song.

The rest of the team are also professional writers and artists and passionate music fans.

Derek Mah - Artist, Colorist, Comics Expert - Derek Mah draws and paints in Calgary, Alberta, Canada which is where he does most of what he does.

Richard P. Clark - Master of Pencils and Inks - Born in a crossfire hurricane (actually Cleveland, OH), Richard P. Clark has done major projects for most of the major comics publishers, including House Of Gold And Bones with Corey Taylor (Slipknot, Stone Sour).

Cheyenne Wright - Artist - He is the color artist on the three-time Hugo Award winning steampunk graphic novel series Girl Genius, and co-creator of many other fine works; Including 50 Fathoms and the Ennie award winning Deadlands Noir for the Savage Worlds RPG. He has also produced graphics for Star Trek Online, the Champions MMO, and t-shirt designs for TV's Alton Brown.

Brian Tatler - Diamond Head Guitarist - Tatler is one of the most influential guitarists of all time, and a co-founding member of the legendary band, Diamond Head. He is not active on the graphic novel project, but has given his blessing. He has countless brilliant riffs and songs to his name, including “Am I Evil?”, which he co-wrote with Sean Harris.

Sean Harris - The Voice - One of heavy metal’s all-time great voices; Sean Harris is a co-founder of Diamond Head, and the lyricist behind the story and imagery of “Am I Evil?” Like Brian Tatler, he is not actively involved in producing the comic book, but has given his full blessing.

Join us in visualizing this storytelling  journey that began 40 years ago in Stourbridge, England, then leapt from Lars Ulrich’s garage to the largest stages in the world. How does our anti-hero carry out his revenge? Who are the twenty-seven who killed his mother? Was she really a witch? Find the meaning of the “bodies on the ice” and the “sweet and timely whore” in the pages of the Am I Evil? Graphic Novel.

A pre-sale here, where your donations and pledges (thank you!) will help build a foundation for the official project Kickstarter, coming in spring of 2020.