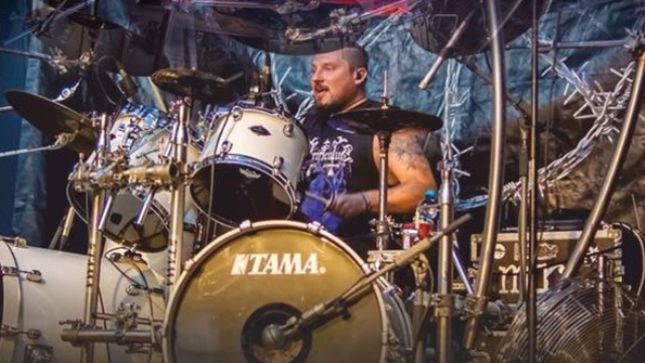 The year 2020 is set to start with a roll of thunder! Today, the Norwegian black metal force Dimmu Borgir and Finnish melodic prog metallers Amorphis announce a co-headline tour that no metal fan should miss. In January and February of 2020, the unholy Scandinavian alliance will haunt 10 European cities and bring the American post black metallers WOLVES IN THE THRONE ROOM along as support.

Dimmu Borgir commented: "We're going to crush Europe in January next year, and together with Amorphis we'll make sure that Nordic darkness will create a perfect winter's storm. See you all soon!"

Amorphis' Esa Holopainen stated: "When the idea of doing a co-headline tour with Dimmu Borgir came up, it sounded great, but at the same time we were really surprised. However, the more we thought about it, the more it sounded like a perfect match. Musically we are different, but deep down, it’s not really by that much. There’s a lot of similar elements where both bands take their inspiration. Both bands are absolutely unique on stage. It is needless to say that this tour is going to be a true killer with a massive production, that will undoubtedly bring even more coldness into people's hearts in January 2020. We would also like to welcome Wolves In The Throne Room to open the evenings."

Wolves In The Throne Room added: "We are ready to blaze forth across Europe with these two titans of Heavy Metal! Dimmu Borgir and Amorphis are bands that we love and we are looking forward to supporting them on this tour.  We will be playing songs off our new album (released by Century Media in February) as well as some classic Wolves material. Thank you!"

See the bands on one of the following exclusive tour dates. Tickets go on sale on August 14th at 10:00 CEST. 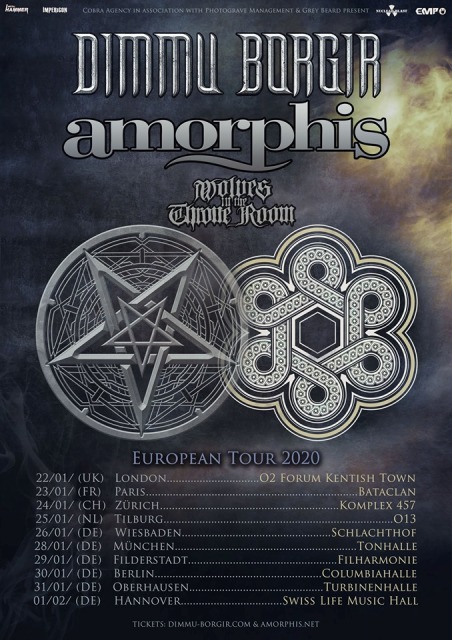