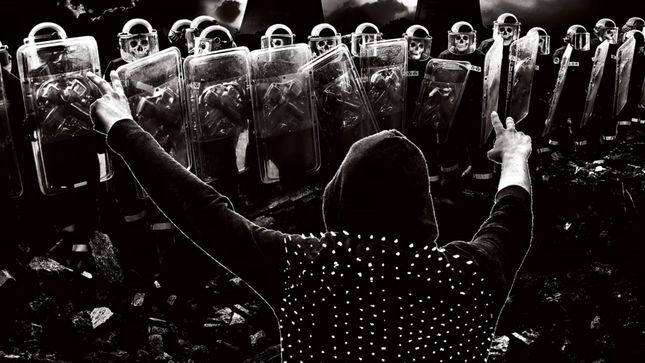 Celebrating 40 years since the release of their debut single, "Realities Of War", in 1980, British hardcore punk band Discharge are surviving pioneers of the subgenre they invented; D-beat. Having had a worldwide influence on both extreme metal and punk with their uncompromising, raw sound over the last 40 years, Discharge’s political message is now relevant more than ever. Still performing globally in clubs and at festivals, the quintet are heralded as one of the godfathers of the political and anarcho punk scenes. Heavily championed by John Peel in their early years, they clocked up several chart singles and albums and went on to influence metal bands like Metallica and Celtic Frost, as well as punk acts like Rancid.

Protest And Survive - The Anthology, out on February 21 via BMG on 2CD digipack (with 20-page booklet) and gatefold double splatter vinyl, celebrates the bands 40th anniversary with a 53-track career spanning vicious aural onslaught. Not for the weak of heart, the Stoke-On-Trent punk icons remain true to their ‘noise not music’ mantra and still detonate a sound akin to a bomb going off, to equal the heavy-weight lyrical themes of war, oppression and corruption. Pre-order here, and listen to the previously unreleased "Descending Into Madness" below. 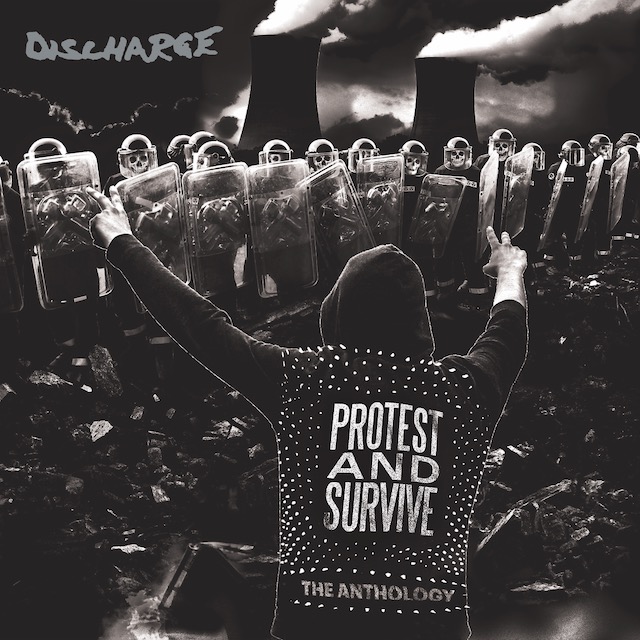 "Realities Of War" was a huge hit upon release, especially once it was picked up for regular rotation by seminal DJ John Peel, and it spent 44 weeks in the then-important UK Independent Chart, where it peaked at a very respectable No. 5. The jagged aural attack of ‘Realities…’ was then honed to a razor-sharp edge for the second EP, Fight Back, that saw the band developing not only their sound but their social conscience, frontman Cal’s impassioned lyrics raging against authority, corrupt institutions and the injustices of war, the black-and-white imagery, the minimalist production values and the pacifist stance all crossing over with the anarcho punk scene that was growing in the wake of Crass.

It was the third Discharge EP, Decontrol, issued through Clay in late 1980, that saw them realize their full potential and become a genuine force to be reckoned with  (‘Decontrol’ reached No. 2 in the Indie Charts) and 1982’s Hear Nothing See Nothing Say Nothing album, a work of devastating magnitude, is seen by many as the pinnacle of the bands aural bombardment.

What Discharge created - unleashed might be a better word - has truly reverberated internationally for four decades, with no signs of abatement. They are still as influential as ever - on all extreme music, not just punk - and such is the primal power they summon forth, once you hear them, you can’t unhear them. And you are never the same again. Protest And Survive - The Anthology marks their gloriously irreverent legacy and is crammed full of their most revered tracks, alongside a slew of rare and unreleased music. Finally, a collection that truly does this inspiring band justice.  And long may the nightmare continue.