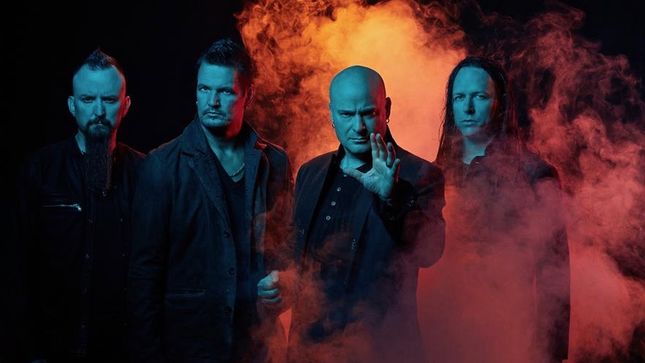 After kicking off the year with a North American tour that saw them playing to more than 200,000 frenzied fans, 2-time Grammy nominees Disturbed have announced a second leg of arena shows set to begin July 21 at the Mankato Civic Center in Mankato, MN.  Select shows on the tour will feature special guests Pop Evil or In This Moment (see itinerary below for specific dates/info). A video trailer for the tour can be found below.

Tickets for Disturbed’s tour go on sale to the general public beginning Friday, March 29 at 10 AM, local time at http://www.disturbed1.com/tour. Citi is the official pre-sale credit card for the tour, and Citi cardmembers will have access to purchase pre-sale tickets beginning Wednesday, March 27 at 10 AM, local time until Thursday, March 28 at 10 PM, local time. Every ticket purchased online for Disturbed includes your choice of a CD or digital copy of the band’s latest album, Evolution. You’ll receive instructions via email on how to redeem your album after ticket purchase. A limited number of VIP tickets will also be available.

Disturbed is touring in support of new album Evolution (Reprise Records), which hit No. 1 on Billboard’s Top Alternative Albums and Top Rock Albums charts, as well as No. 4 on the Billboard 200. 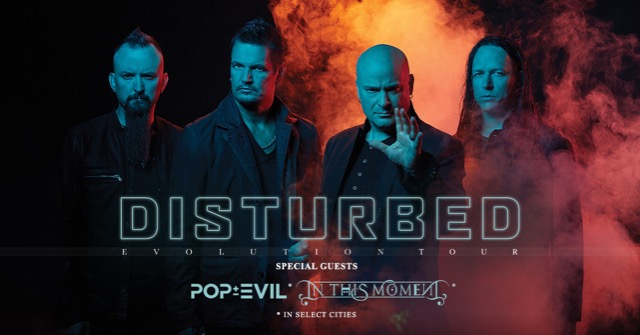