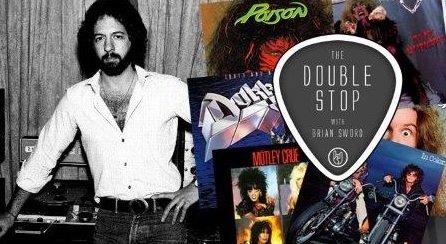 On episode 57 of The Double Stop, host Brian Sword is joined by guest Tom Werman (who produced classic albums by Cheap Trick, Mötley Crüe, Dokken, Poison, and Twisted Sister). The hour-long podcast can be heard below; a couple of excerpts have been transcribed.

On Twisted Sister re-recording Stay Hungry: "They did it because Dee Snider thought I ruined his record, which five million people bought. And he wanted to make it 'the way it should have been made,' you know, because I destroyed it. I mean, he wrote some really nasty things about me in his book. It just wasn't nice. But, he was wrong. Their album made no impact at all, and everyone liked the original."

On Dokken's George Lynch: "George is a brilliant guitarist. One of the very best I've ever seen. But he had major issues. He wasn't exactly a people person. I said, I'll finish the recording, but I want off the project. It was a shame, because George Lynch is a brilliant guitar player. When you hear the solo to the song 'Tooth And Nail', it's just astonishing. I mean, no one can play like that. Or, no one could in those days. He was as good as Eddie Van Halen, I think. A major shredder.”

Tom Werman has since retired from the music business; his latest venture is a luxury Bed & Breakfast in Massachusetts called Stonover Farm.