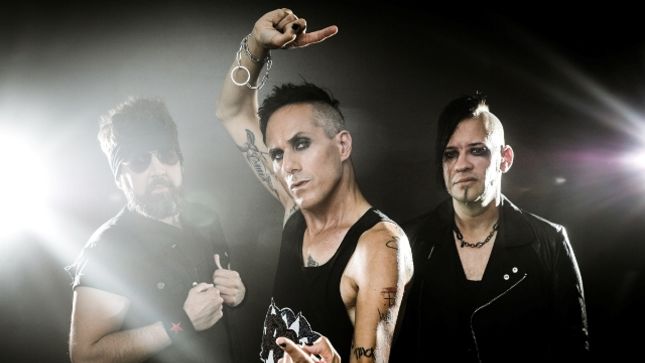 German rockers Double Crush Syndrome have announced their Death To Pop Tour 2020 together with their new and upcoming album, Death To Pop, which will be released on October 25th via Arising Empire.

"We see ourselves in the tradition of bands like KISS, Ramones, Skid Row, Motörhead, Mötley Crüe, without even trying to sound like them. It´s our version of rock n´ roll, naturally with a huge punk influence in the instrumentation, strong choruses with an undeniable pop factor, and the power to destroy a small town. One small town per song, that is ! DCS is very tongue-in-cheek, and there´s a certain degree of anarchy happening on stage. But we are not a funny band per se, we take what we do very seriously! Still, everybody is supposed to have a good time, on stage and in the audience."