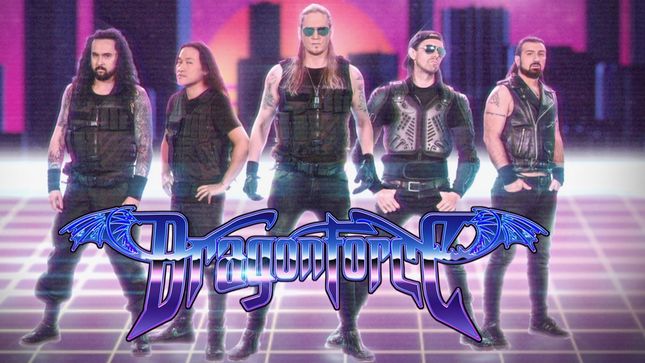 Frédéric states: “I had an amazing opportunity that will be announced soon. There is no bad blood and I wish the band all the best. I want to thank the fans for their support throughout the years.”

Says Herman Li: “As sad as we are to lose him, we are excited that he is going to continue playing the music he loves. He will always be a friend and a member of the DragonForce family.”

The band's message continues: "Fred’s last show with DragonForce will be this weekend at Elb-Riot in Hamburg, Germany. We are going to have a massive celebration for Fred, please come out and send him off!"

For a first preview of the album, a video for the new single, "Highway To Oblivion", can be found below.

"Highway To Oblivion" also appears as a playable level in AUDICA, a virtual reality "rhythm shooter" from Harmonix, the makers of Rock Band and Dance Central. Armed with a pair of rhythm blasters, players will be able to step into a cosmic arena and smash targets to the beat of the song. A standard edit of the song will be available as well as the intensely challenging full-length version. Clocking in at just under 7 minutes, the full-length version of "Highway To Oblivion" on Expert will be the most difficult song on the soundtrack to date. A flawless run with precise accuracy, timing, and form will earn players one of the coveted top spots on AUDICA's global leaderboards. For a preview of gameplay, follow Harmonix’s Twitter and Facebook pages.

Pre-order Extreme Power Metal in the US and Canada here, where the record is available in the following formats:

* exclusive bundles with shirts, plus digital options are also available.

See below to pre-order the album in other territories: