DREAM THEATER Vocalist JAMES LABRIE Reflects On 1992’s Images And Words Album - “It Stuck Out Like A Sore Thumb… Everything Else Going On At That Time Was GUNS N’ ROSES, ALICE IN CHAINS, NIRVANA, PEARL JAM” 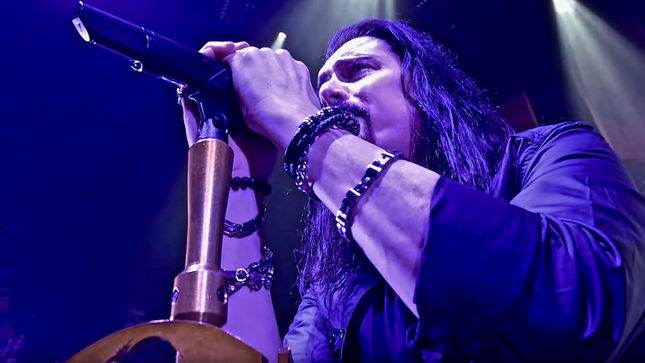 Dream Theatre are in the midst of their Images, Words & Beyond word tour, celebrating the 25th anniversary of their second album, Images And Words. This coming September 25th, Dream Theater will be performing for the first time in the Philippines at the Kia Theater in Cubao. ABS-CBN News caught up with vocalist James LaBrie and bassist John Myung a few hours before they were to depart for Sydney, Australia.

“The tour is going great and the shows have been selling out,” said Myung. “Our second album was our biggest album to date and to see people come out to re-live that period of the band’s career feels good. It feels right to go back and celebrate that moment. When I look back at that record, I see it as a point in our career where everything fell into place. It was something special and unique about that record. It had a certain sound to it. The ideas we had on that record to the way it was produced to the way it came out it was a perfect time.”

Images And Words went on to become their best-selling album and has been consistently named as one of the 100 Best Metal or Prog Rock albums of all time.

“When this album came out in 1992, it stuck out like a sore thumb,” pointed out LaBrie. “Everything else that was going on at that time was Guns 'N Roses, Alice In Chains Nirvana, Pearl Jam - these were the bands hitting it big time and were on radio. Images And Words found its path and it is quite amazing. Here we are 25 years later after several albums and we’re still doing it. It’s cool and there is a feeling of accomplishment that you did something in an industry that is unforgiving so to speak.”

Dream Theater perform next on Tuesday (September 19th) at Hordern Pavillion in Sydney, Australia. Find the band’s live itinerary at this location.