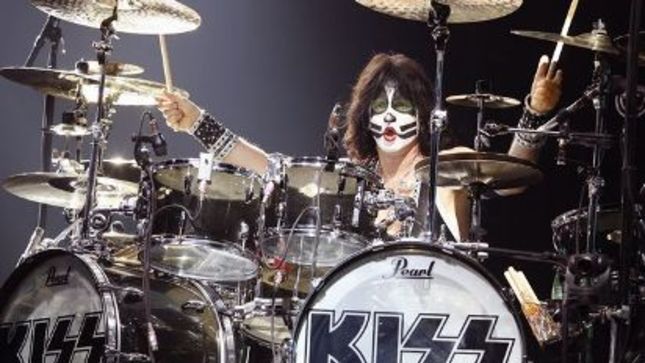 In a new interview conducted by David West for Music Radar, Kiss drummer Eric Singer reflects on his 30 years in the business, an excerpt follows:

What was the path that led to you joining KISS?

Eric Singer: “I was in a band called Badlands with Ozzy’s old guitar player Jake E Lee. We started that band after the Gary Moore tour and we got a record deal around the Fall of ’88. I actually quit the band halfway through the recording process, then they convinced me to stay and we decided to regroup and write new songs. ‘Let’s go to New York and get a change of scenery.’

“While we were there, this bassist Dennis St James was managed by the same people and he was going to be playing with [guitarist] Bob Kulick on Paul’s solo tour. He asked the management, ‘Hey, what’s Eric doing? Paul Stanley needs a drummer.’

“I met with Paul, I brought him some Black Sabbath CDs. He told me he was trying to get either me or Gregg Bissonette but Gregg wasn’t available. That night Jason Flom, who was our A&R guy, happened to be at the China Club which was a popular hangout where people jammed in New York City. He goes, ‘Hey, I just ran into Paul Stanley, he told me you’re playing drums on his solo tour.’ That’s how I found out.

“The minute I got home that next day to LA I got a call saying, ‘Paul decided he wants to start rehearsals earlier.’ I had to turn around and fly back to New York and really start cramming on learning the songs.”