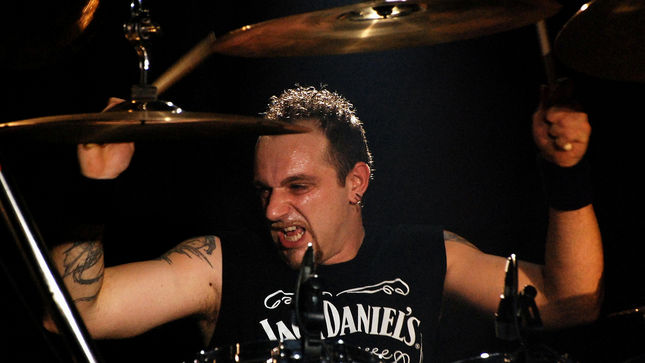 The grandmasters of Teutonic heavy metal, U.D.O., have announced that drummer Francesco Jovino has left the band due to personal reasons.

The band is searching for a new drummer now, since a complete world tour is scheduled for 2015 starting in early March. If you feel ready to become the new U.D.O. drummer, feel free to mail your application to fsuepfle@itm-agency.com (please, NO big attachements with soundfiles or similar, if they're interested they will contact you and ask for further information).

U.D.O. return with a new studio album, Decadent, to be released on January 23rd in Europe via AFM Records. The album will be available in North America on February 3rd.

The new video for the album's title track and single, "Decadent", can now be seen below:

Decadent was mastered by Jacob Hansen. The band spent many weeks in different studios (Double U Studio, Ibiza and Redhead Audio Productions in Wilhelmshaven) in order to record what they are calling "their best album so far".

"Under Your Skin"
"Untouchable"
"Shadow Eyes" *

"Rebels Of The Night"
"Words In Flame"