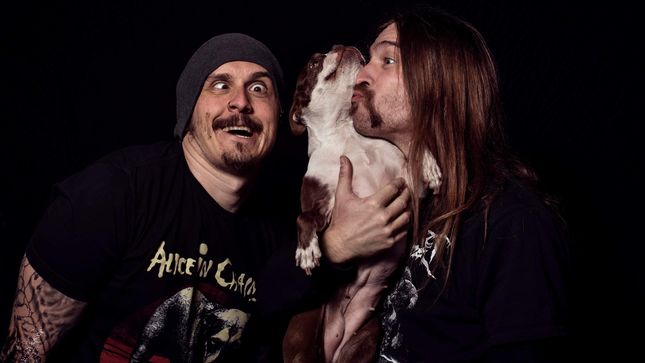 An official statement from Jeramie Kling and Taylor Nordberg follows:

"It is with both regret and relief that we announce our departure from Massacre.  To everyone who warned us a year ago when we joined the band: you were right.  It has been a year of severe ups and downs and unfortunately it has become a working environment we cannot be a part of any longer.

"What was presented as a democracy turned out to be a dictatorship with an excruciating lack of communication. We will not stand by and have our reputations meddled with by childish behaviour. We present ourselves as professionals and bring 110% of our beings into all of the projects we have.

"We wrote and presented 14 songs for the band's new album, provided our contacts in the industry which we have naturally/organically procured through our years of touring, only to be accused of trying to take over the band, which is a paranoid delusion.

"It is also unfortunate that a certain individual refused to speak on the phone to us to discuss any issue of the band, but we have no choice but to bow out of this unhealthy relationship.

"We apologize to our fans and the Massacre fans that they will not get to hear the new album we wrote for the band... at least not as a Massacre album. We cherish our time spent with Michael Borders and wish him the best of luck in his future endeavours."