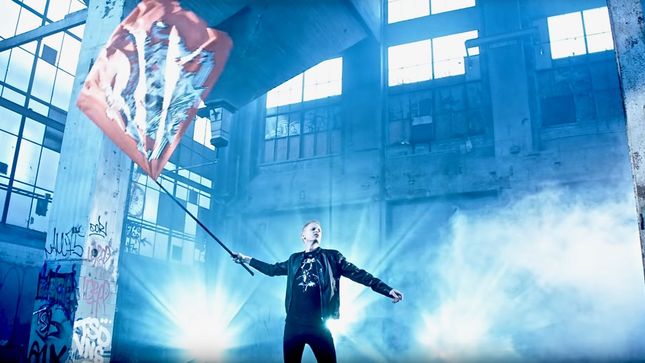 Swedish rockers, Eclipse, have released a video for "The Masquerade", featured on the band's seventh studio album, Paradigm, out on October 11 via Frontiers Music Srl. Watch below.

The album will be released on CD, vinyl, limited edition color vinyl/t-shirt bundles and digitally. Pre-order here. There is also a limited picture vinyl available for the single "Viva La Victoria". Order here.

Over the last few years they have per-formed to audiences around the globe including the US, Japan, Australia and Europe and have opened for giants like Aerosmith and Scorpions. Their albums have amassed millions of streams and charted in several European countries including a top 20 spot on the official Swedish album chart for their previous record.

Describing the new record Paradigm, Erik Martensson says: "I once saw someone describing our previous record as an accelerating motion, picking up more and more speed as the record progressed. Well, I think it is safe to say that Para-digm picks up where the previous record left off. We have a whistle blowing a few seconds in on the opening track and from there it’s just full speed ahead! We’ve written some of the best songs of our career and we can’t wait for people to hear them!”

The album’s opening track "Viva La Victoria" is the first video off the record and sees the band cooperating with renowned video director Patric Ullaeus who has previously made videos for bands like In Flames, Arch Enemy and Europe to name a few.

Magnus Henriksson, the band’s lead guitarist: "'Viva La Victoria' was the obvious choice for the first video and Patric was fantastic to work with. We had a bunch of fans show up on the set and made the video together with them which fits the theme of the song perfectly.”

Paradigm is Eclipse tour de force: the crafting of the tracks on this album is su-perb and overall this is a killer hard rock album with many highlights. If you like modern, well-played well-produced hard rock, don't miss it.