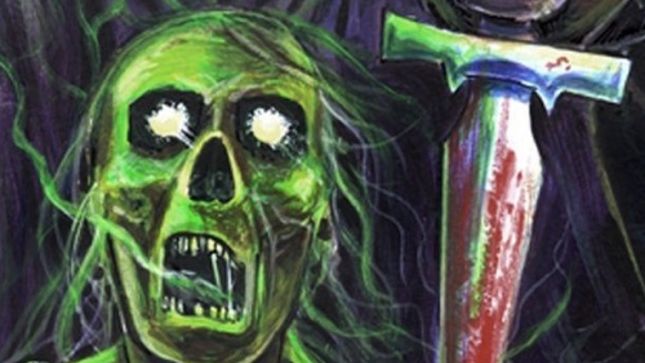 In their endless quest to push and support current underground acts that perpetuate the odor of vintage death metal, on October 31st, Memento Mori presents Ectoplasma's third album, White-Eyed Trance, on CD. Repulsive Echo Records will be handling the vinyl LP version, which will follow later in the year.

White-Eyed Trance is an unabashed statement of classic death metal songwriting. As such, Ectoplasma patiently build their towers of lurching dread and lace them with well-timed bouts of blasting, but always in the service of the song. If anything, their crunch 'n' crush is a bit clearer now, thanks in no small part to powerful mixing and mastering by Robbert Kok (Disavowed).

Finished off by awesomely retro, luridly colored cover art by the masterful Mörtuus and a well-chosen cover of Devastation's "Souls Of Sacrifice", White-Eyed Trance is yet another timely reminder from Ectoplasma that the past is alive - and it's more horrific than ever! Hear for yourself with the new track "Psychomanteum Immolation". Aforementioned cover and tracklisting are as follows: