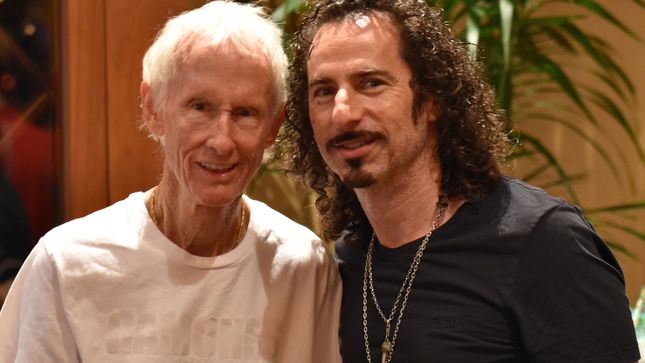 Roth is joined on two tracks by legendary guitarist Robby Krieger of The Doors on the Blind Faith title track “Can’t Find My Way Home” as well as Pink Floyd’s “Us And Them”.

“Ed Roth is one of those hard to find musicians who is truly in it for the music,” said guitarist Robby Krieger. “He’s one of those guys who really loves to play, and wants to get it right, no matter how long it takes. I love playing with him because of his laid back feel. I hope you like the songs on this album as much as I do.”

While releasing three prior instrumental contemporary jazz albums this decade, Roth is perhaps best known as an in-demand session musician and performer who has played with a variety of musicians in many, styles and genres. He’s worked with Shelby Lynne, Joe Walsh, The Avett Brothers, R&B superstars The Brothers Jonson and Mya, pop stars Annie Lennox and Taylor Dayne and rock legends like Ronnie Montrose, Keith Emerson, Glenn Hughes (of Deep Purple), Rob Halford and Chad Smith of the Red Hot Chili Peppers. In the course of his career, Roth has played with a total of 11 Grammy winners.

Prior to the Covid-19 outbreak, Ed and Robby Krieger regularly performed in a psychedelic fusion band. Furthermore, Ed is a sonic purist who not only plays piano but also Feder Rhodes, Hammond B3, Wurlitzer, clavinet and accordion.

Ed’s prior solo album, Mad Beatnik, garnered a Top 10 iTunes jazz songs spot and was in the Top 10 iTunes jazz album in Europe, and was also Top 25 iTunes Jazz in the US. Additionally, the eponymous album Ed Roth had the single “Blue” which was a Top 100 Billboard ‘Song Of The Year’ and was streamed more than 500K times.