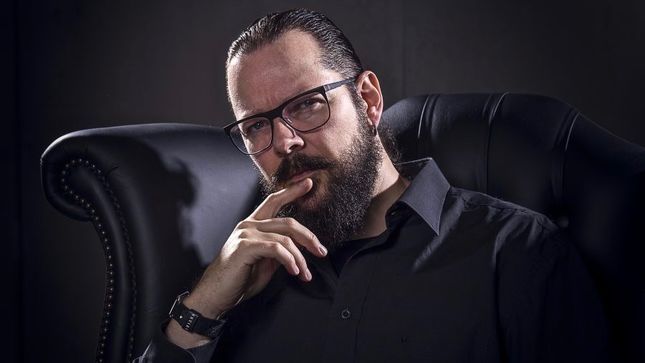 Emperor frontman, Ihsahn, released the first of two five-track EPs on February 14th. He spoke with Ultimate Guitar's David Slavković about the release; following is an excerpt from the interview.

UG: You have two cover songs on this EP. One is "Wrathchild" by Iron Maiden, which is an obvious choice for you. But then, we have Lenny Kravitz and "Rock & Roll Is Dead". How did this come to be?

Ihsahn: "Both cover songs were picked as soon as the whole concept was created. It was going back to my musical roots as well. I really wanted the production of the album and the ensemble that I was working for to be like a typical rock band in a room kind of sound. And you say that it's not a big surprise with an Iron Maiden cover for me. But for me, it was kind of surprising that I would pick something from the early catalog. It's really the later '80s material where it became more produced, the keyboards came in – that's kind of been my main Iron Maiden influence.

I wanted to pick two songs that really had those very barebone rock band aesthetics. And obviously, anything from Lenny Kravitz's catalog could represent that. But in particular, I also think the 'Wrathchild' song and the Killers album (1981) really had that youthful raw energy. So those became the sonic blueprint for the ensemble that I wanted to write for.

The Lenny Kravitz song itself, 'Rock And Roll Is Dead', was particularly fun to do. Because, in essence, I think it has a very similar aesthetic and a message to what we had in the early days of black metal. You know, true to the musical core, criticizing everything that was commercial and superficial about music. And, at the heart of it, it's very much the same message in 'Rock & Roll Is Dead.' It really criticizes all the superficial aspects and making money and commercial success and all that. Because that's not what it's about. It's about the purity and the core of music, the heart and soul of music. Even though people see it as two different things, but at the heart of it I think, it's like the typical songs that I would write back in the day. And still is, I guess. And where Lenny Kravitz wrote this song from really comes from the same place."