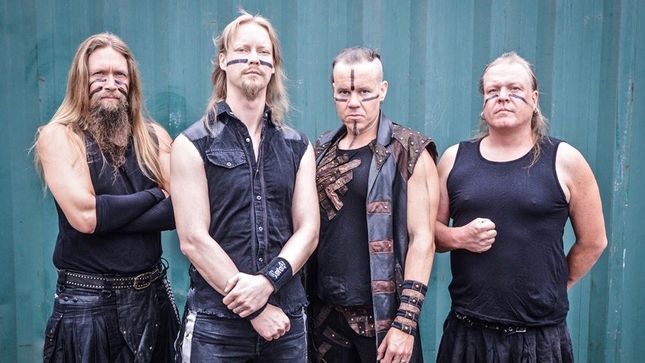 Finland's Ensiferum are gearing up to begin mixing their as-yet-untitled new album on February 17th. Bassist Sami Hinkka has cjecked in with the following message:

"Just the raw tracks sound incredible and I personally think it's the best album Ensiferum has ever made. The way I see it, we managed to combine the best elements of the old school and the more recent elements of Ensiferum's music. I can't wait to hear the final mixes, and, most of all, to play these songs live!"

The band released their previous album, Two paths, in September 2017.

Organizers state: "To be brutally honest, we were only ever going to do one of these, but after selling the last two years out in nine days flat and being utterly bombarded with bands wanting to play it from all around the globe, the Gods have let it be known that the Battles continue until Ragnarok itself. The way it's looking, the bands who have joined our ranks have left us speechless and it looks like HRH Vikings III will be another thunderous line-up indeed, making "our thing" even more special."