ENUFF Z'NUFF - "Our New Record Is Going To Be A Juggernaut; We’ve Got ACE FREHLEY On There, MIKE PORTNOY On A Track, A Couple Guys From CHEAP TRICK..." 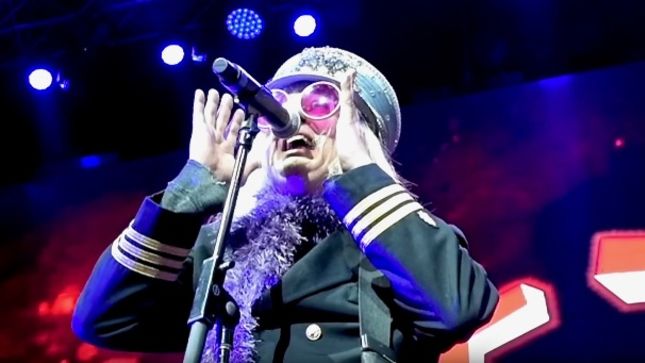 In the latest episode of the '80s Glam Metalcast Enuff Z’Nuff leader Chip Z’Nuff talks about the next Enuff Z’Nuff album, past members, and unloads some stories from the '80s. Check out the interview below.

On the new Enuff Z’Nuff album coming later this year

Chip: "Our new record is going to be a juggernaut. I’ve got Ace Frehley on there, Mike Portnoy on a track, a couple guys from Cheap Trick. We got some good guys that wanted to sit in with us because the songs are that strong. I think it’s one of our best albums to come out in years."

Chip: "I don’t really have any comments on it. The guy's the quintessential singer of our generation. One of the best and I would love people to discover that. At the end of the day we wrote some wonderful songs, produced some great records. I wanna focus on the glass half full, not half empty. I wish everyone well out there. If you sling mud, make sure you don’t live in a glass house. We were offered a huge deal from a festival company that wanted to put the band together. It would have been Vikki Foxx, Donnie Vie, myself and Johnny Monaco. The first guy I called was Foxx and he said 'Do you really want and sit down and do that again for a couple weeks and put up with his (Donnie Vie’s) shit?' Then I thought maybe he was right. Maybe after it’s all said and done, it was better to leave it as it was. We made some great records, but now it’s a new chapter."

About some of the wild partying while recording their debut album

Chip: "I remember one night we went out to the horse stables and we took a horse. We walked him through the drive thru and ordered food. We got in a lot of trouble for that. We snuck the horse into the hotel room after we got our dinner. The horse shit all over the hallways, we had a push his head through the door to get him in. We love horses and we love animals. We got fined tons of money and the cops were all over us for that."

Back in the summer of 2019, Enuff Z’Nuff released a video for "Where Did You Go", a track from their Diamond Boy album, out now. Watch below.