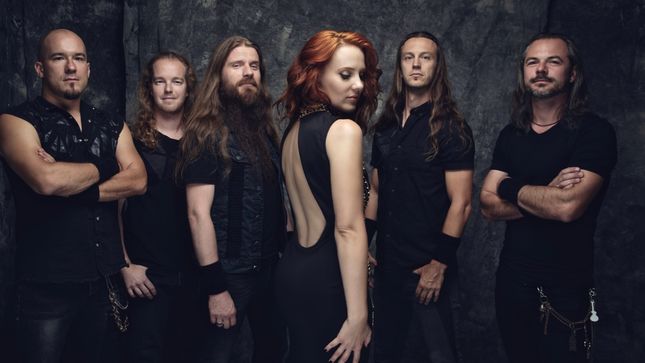 Lead guitarist Isaac Delahaye made an extra College Of Metal guitar course for Epica’s anthem "Design Your Universe", which was recorded back in 2009. In this course he’ll take you through every single part of the song, making sure you’ll be able to get all the details right. If you need the guitar tabs, head here.

To celebrate the launch of the tutorial the band are holding a competition amongst guitar players and fans to record you performing the song. Upload your video to YouTube and sent the link to info@epica.nl. The winner will be chosen by Isaac Delahaye and will receive an Epica merch bundle including Design Your Universe- Gold Edition. The competition closes October 1.

Mark Jansen comments: “'Kingdom of Heaven' is very dear to me. This song was dedicated to my grandmother after she passed away. The lyrics are dealing with near-death experiences and the bridge between spirituality and science. Up until today it’s the EPICA song I’m most proud of and even though we cannot perform it that often live due to its length, we will perform it soon during the Design Your Universe 10th Anniversary shows. Enjoy this lyric video!”

Find the lyric video below.

Design Your Universe - Gold edition contains a remastered and remixed version of the album and a newly recorded acoustic bonus disc and will be released October 4. The album and exclusive merchandise bundles are now available for pre-order, here.

Design Your Universe: Behind The Music:

To coincide with this release, Epica will perform a number of exclusive Design Your Universe 10th anniversary shows around the globe. Details and tickets here.