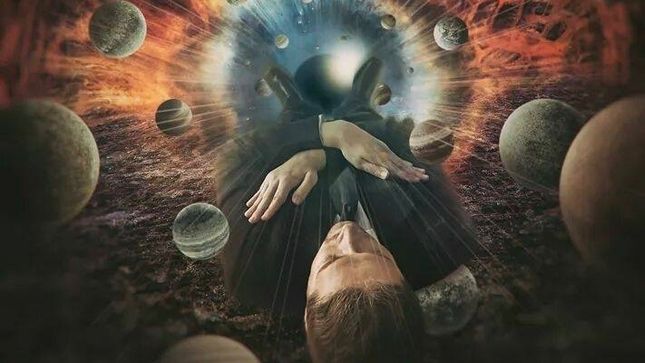 England’s Ewigkeit will release their new album, Cosmic Man, on July 13th via Svart Records. A lyric video for the album track, “Death Is The Portal”, is available for streaming below.

Fresh from helping to resurrect In The Woods…, prolific underground metal artist James Fogarty then immediately began to reconstruct his long-running solo effort Ewigkeit and record the new album Cosmic Man. With a history of creating novelty, James’ newest Ewigkeit release is not without its own enigma.

Lyrically melding the motifs of Terence McKenna and the psychedelic counter-culture with the music of the various rocks, metals, and alloys, Cosmic Man takes you from the haze of the early ’70s via a NWOBHM detour, followed by a refuel and oil-change at extreme metal. From then on, it’s out with the star-charts for a left turn at Alpha Centauri and straight down the inter-galactic highway toward the transcendental object at the end of time.

Ewigkeit’s Cosmic Man is a potential psycho-pomp for the discerning existential metal fan: a musical journey through the kaleidoscopic and carnivalesque and, ultimately, piercing the veil of physical death in a confrontation with the unknown.

“Death Is The Portal” lyric video: