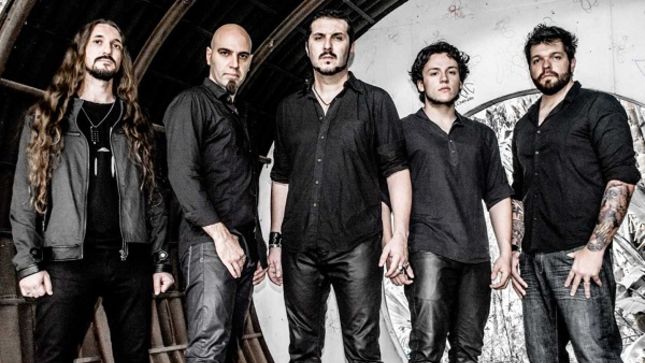 "Break The Wall" is on the tracklist of the band's self-titled debut album released in 2014. The debut has been collecting warm statements from the Brazillian press and the album also joined the list of “Best of the Year” of several respected journalists and critics. In the election held among readers of Heavynroll site, Cezar Girardi was considered the second "Best Metal vocalist of Brazil" and Gustavo Scaranelo the third "Best Guitarist”.

"Break The Wall" is the second video for the album and was filmed in a mountainous region of Sao Paulo state. According to Gustavo Scaranelo (Higher guitarist), filming the video was special for many reasons.

"The lyric speaks of something very serious to us, which is the neglect of the human being for the suffering of others, and this puts us in an equally serious stance regarding the production of results that we have planned. Another reason is because we recorded in a very interesting place on high rocks and with an incredible view, plus the live footage with a super warm audience. Another reason was the participation of a child, the little Isadora, acting in the video. We wanted to represent the innocence and sensibility, which often abandon us while we get used to some of the ills of our society."