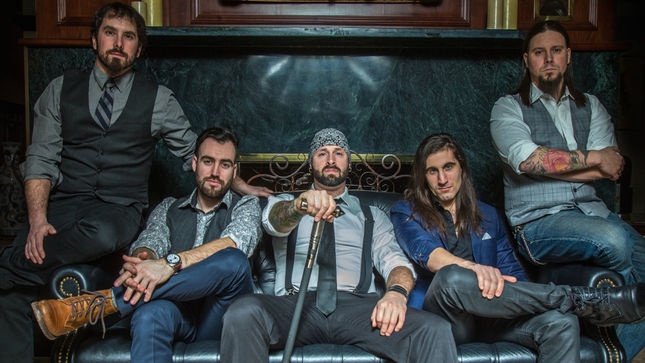 Having unleashed their new album, Ages Unsung, on September 16th, Canada’s Chariots Of The Gods have released their new video for “Tusk”, premiering exclusively here at Bravewords.com

“Tusk” is one of ten shredding assaulting tracks on the release recorded at The Grid with legendary Montreal producer Chris Donaldson (Cryptopsy, The Agonist, Beyond Creation, Neuraxis), and featuring a special guest solo from The Agonist's Pascal Jobin on the song “Into Oblivion”.

The band had this to say about the video: "It's been more than 3 years since our first official music video for the song “Tides Of War” was released. A lot has changed since then, sand it's time to reveal our first music video “Tusk” in support of our new record. It was great to have Renaud Jobin, our former vocalist, directing the project and working together again. He has a clear understanding of what the band is about and what we wanted to achieve. We’re really happy with the outcome and can’t wait to do more videos for Ages Unsung.”

Ages Unsung marks the return of Canada's first metal band to tour Cuba after a small hiatus and lineup change to follow up their 2013 debut album Tides Of War, which was produced by music legend Glen Robinson (Queensryche, Gwar, Annihilator).

The band comments on Ages Unsung: "We are very proud to bring you all this new record. It took us longer than expected to get there, but we're sure that after just one listen you'll think it was worth the wait. There were a lot of changes since our last release in early 2013. 3 out of 5 were new members and it definitely had an impact on our music especially with the change of the vocalist. We sometimes went into some unknown territories with this new record, but our producer Chris Donaldson along with the help of Pascal Jobin really guided us through this experimental chapter. It has been a challenging effort, but we've worked hard to climb the mountain that stood before us. Now we know what we're capable of. We can see many more peaks in the distance and as one we will strive forward."

Order the new album at this location.