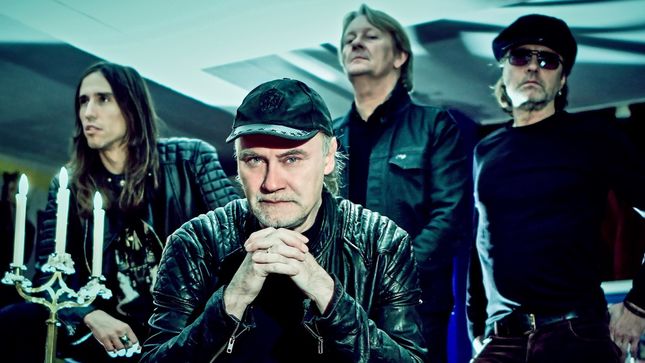 Denner's Inferno, featuring former Mercyful Fate / King Diamond guitarist Michael Denner, will release their debut album, In Amber, on November 15 via Mighty Music. BraveWords is premiering the new single and video for "Sometimes". Check it out!


"The song deals in other words with the sentence ‘What if’, and things from the past that did not happen or worked out the way you hoped they would. The conclusion: why spend time on the ‘What if’s’ in life when you can go for the reality and facts in the things surrounding you?", Denner says.

Michael Denner will showcase his new band Denner's Inferno for the very first time at Nordic Noise 2020. It will be a huge experience for all fans of classic heavy metal and Michael Denner himself is ready:

"It is with great pleasure that I can announce the Inferno's' live debut in my hometown Copenhagen. We will play songs from our album In Amber and also a few classics from my time with Mercyful Fate and more."