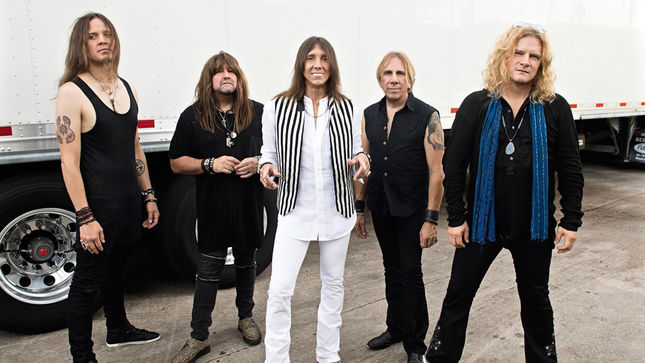 Guitarist Frank Hannon comments on the video: “Our new video for ‘Save That Goodness’ captures the essence of the song...it's a feel good message with a hint of spirituality. Tesla the band is having a great time with our new friend and vocalist Debbi Blackwell, while performing with our old friend Phil Collen. The location glues it all together in a turn of the century classic chapel that conveys an old time feeling of gospel, while the band has fun playing new rock and roll and blending the two."

Adds Brian Wheat, "It was a lot of fun to re-visit some of the songs we hadn't played in decades and had a great time recording it. "

Over the course of their 30 year career, which started in 1986, the iconic Sacramento melodic hard rock quintet - Frank Hannon [guitar], Brian Wheat [bass], Jeff Keith [lead vocals], Troy Luccketta [drums], and Dave Rude [guitar] - has sold more than 25 million albums worldwide and played to sold out crowds across the globe, their three albums that followed Mechanical Resonance all went multi-Platinum in the US. To say Tesla live is absolutely bombastic is an understatement, they are a hard rock band to beat all hard rock bands.

The 21st century has become something of a renaissance for Tesla. Most recently, 2014’s Simplicity bowed at #14 on the Billboard Top 200. The group ignited ABC’s Jimmy Kimmel Live! in addition to scorching stages at festivals such as Rocklahoma, Graspop Metal Meeting, and Sweden Rock Festival as well as the cruise Monsters of Rock. As they prepare to cut their ninth full-length album with Phil Collen in the producer’s chair, Tesla takes another monumental leap forward as they glance back on Mechanical Resonance, Live!