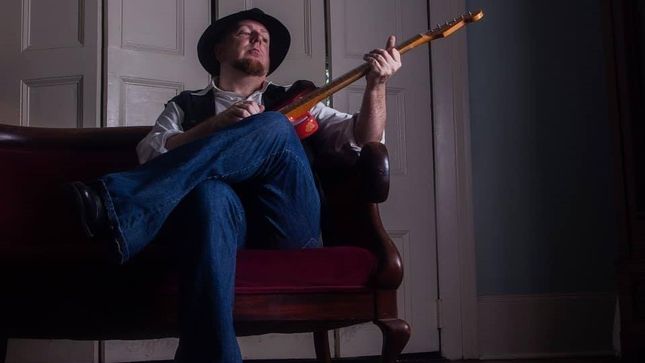 “Lies” is the new lyric video from The Jeremy Edge Project and it’s being exclusively premiered through BraveWords! “Lies” is the first single from their new self-titled LP, due for release on August 28, and the track features blues master Josh Smith as an additional guitarist and Crobot’s Brandon Yeagley on vocals. Preorder the album here.

"I wanted to do a heavy, slow blues in the vain of ‘Tea For One’ by Zeppelin. Not exactly like that but a similar vibe to it. I wanted it to have the extended, bar room, blues jam type of feel and capture that on record. This song needed two guitars to do that!"

For this track vocal duties were served up by vocalist Brandon Yeagley and additional guitars by blues guitarist master Josh Smith. While Brandon delivers a dynamic vocal performance while Edge and Smith trade leads. Smith opens the song with a hook on the Telecaster and sets up the ending dueling jam at the end of the song. Edge providing contrast with the Les Paul and wah wah to Smith's signature tone.

The song appears on the new album featuring an all-star lineup of guest musicians for Edge's debut solo release.