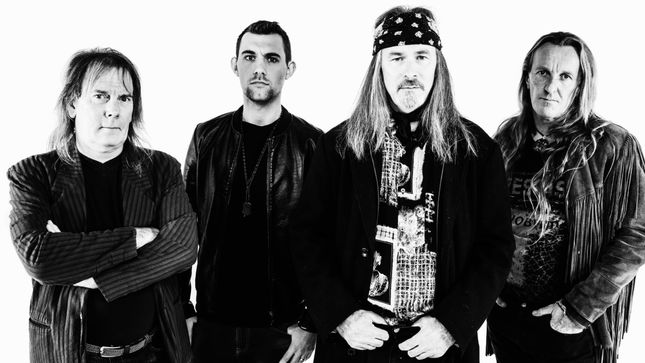 Legendary NWOBHM metallers Trespass have premiered their new video “Be Brave”, through BraveWords.

About the video, Mark Sutcliffe (vocals, guitar) has the following to say: "The song ‘Be Brave’ is from the Trespass album Footprints In The Rock on the Mighty Music label. It is a song about facing your fears. And sometimes all we have to fear is fear itself! Sometimes you have to make a stand! The video is based loosely on the tale of red riding hood and was produced by Aura Films and Trespass."