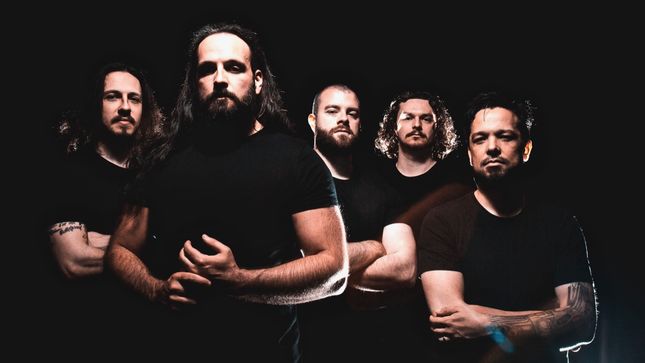 Australian melodic death metal band, Eye Of The Enemy, released a video for the new song, "Clay". The track is available now everywhere digital music is sold. The video can be seen below:

Eye Of The Enemy will unleash their brutal new album, Titan, on October 11 via Art Is War Records. Titan's ominous cover art can be seen below:

After 10 years and two critically acclaimed albums, Eye Of The Enemy have become a staple in the Australia metal scene with their relentless live shows and crushing balance of metal ferocity and melodic sensibilities. After touring nationally and abroad with the likes of Amon Amarth, Children Of Bodom, Fear Factory, At The Gates, Cradle Of Filth and Fleshgod Apocalypse, Eye Of The Enemy are set to release their third and most devastating album, Titan.