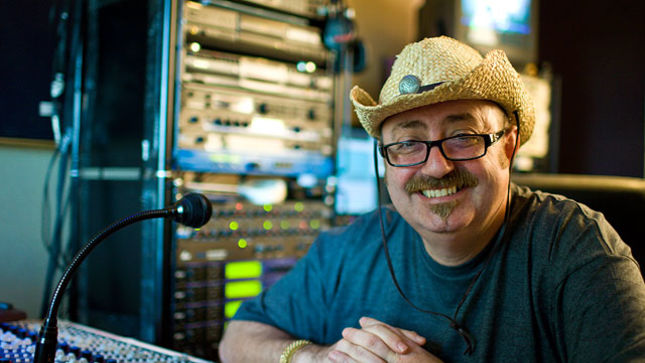 Metal production/engineering god Chris Tsangarides has agreed to put the finishing touches on the opera metal project Lyraka's follow up to Lyraka Volume 1.

Composer-guitarist Andy DiGelsomina has issued the following statement: "We are hugely honored and grateful for the opportunity to work with Chris, who is a true icon of not just metal, but of rock in the broadest perspective. Chris will be both mixing and mastering the album, as well as adding the final touches to the production. The collaboration is set to begin in earnest in the summer of 2016, with Lyraka Volume 2 slated for release immediately after. I must take the time now to apologize to all Lyraka fans who have waited this long, you have all been supremely patient, and both Jasmine and I are deeply grateful for all the support. To quote our beloved Manowar, 'In our eyes you're immortal, in our hearts you'll live forevermore'!"

Lyraka recently announced the recruitment of Bulgarian metal goddess Maria Diese for Lyraka Volume 2. Maria is best known for being the guiding force behind the power metal band Rampart, as well as having been enlisted in the upcoming Vivaldi Four Seasons metal project.

The announcement includes these words from composer-guitarist Andy DiGelsomina: "Maria Diese is a fascinating contralto with an immense amount of talent and skill. She is a perfect addition to our operatic metal world, and we are more than confident she will be sensational portraying her character."

For more info visit this location.