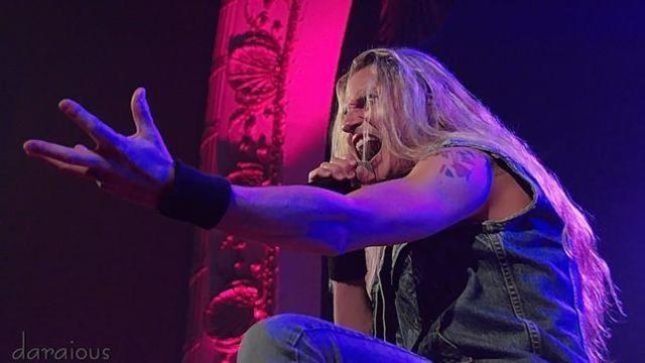 The clip below features Famous Underground / Slik Toxik frontman Nick Walsh with Classic Albums Live performing the Led Zeppelin classic "Dazed And Confused". The footage was shot at the Q107 studios in Toronto.

On November 4th, 2017 Classic Albums Live fronted by Walsh performed at Massey Hall in Toronto, Ontario. Fan-filmed video from the show is available below.

Encore:
"Kashmir"
"Immigrant Song"
"The Ocean"
"The Song Remains the Same"
"The Rain Song"
"Hey Hey What Can I Do?"
"Bonzo's Montreux"
"Whole Lotta Love"
"Dazed and Confused"

Founded in 2003 by Craig Martin and based in Toronto, Classic Albums Live has become the ultimate destination for music lovers wanting to hear the greatest albums performed live without all the gimmickry and cheesy impersonations. Relying only on the music, using what Martin refers to as "the world's best musicians," Classic Albums Live has defined itself as a mainstay in Performing Arts Centres across North America.

Go to this location for more information.