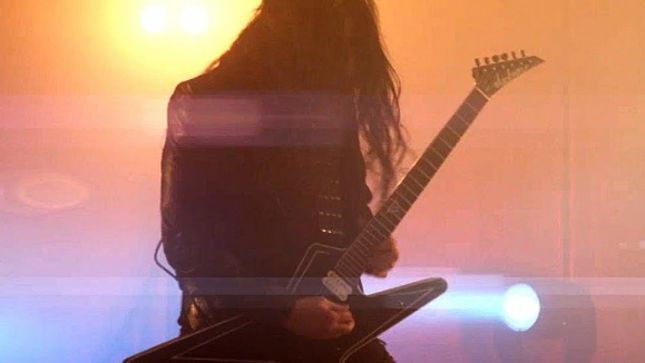 Firewind guitarist / founder Gus G. has posted video from his Fearless European tour featuring backstage footage and an inside look at the tour bus.

Guitarist Gus G. recently released a new video lesson, stating: "On this video I try to explain how I utilize alternate and economy picking techniques and show you a couple of examples that hopefully will help you with your playing."

Gus recently released "making of" footage for his "Letting Go" music video. The track is featured on his new solo album, Fearless, released earlier this year. Watch the new footage, as well as the official video, below: