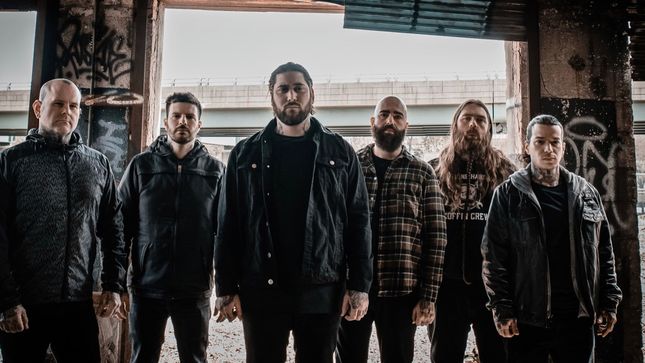 New Jersey six-piece, Fit For An Autopsy, will release their fifth studio album, The Sea Of Tragic Beasts, on October 25 via Nuclear Blast Records worldwide and Human Warfare (Aus). In this new trailer, the band discuss the title track:

A music video for "The Sea Of Tragic Beasts" can be seen below.

"We have to be these puffed up, aggressive people to survive in this world," said guitarist and producer Will Putney about the track. "It's dog eat dog shit out there. Lyrically, the song touches on that violent way of thinking, but it also shows the inherent sadness that comes along with a life of this nature. It's the two main themes that the subject matter on our album was born from, making it a fitting title track. Musically, I think it's a cool display of everything we do as a band - some classic metal foundations with some new tricks for us, and a fight riff for good measure. Hope you enjoy it!"

The Sea Of Tragic Beasts was once again produced, engineered, mixed, and mastered by the producer/guitarist Will Putney at Graphic Nature Audio in NJ.The artwork for the album was created by Adam Burke.

The Sea Of Tragic Beasts will be available in the following formats:

The Sea Of Tragic Beasts tracklisting:

The band will hit the road this fall in support of the album. The 26-date US tour will kick-off on October 24 in Brooklyn and will make stops in Atlanta, Austin and Los Angeles before concluding in Rochester on November 23.