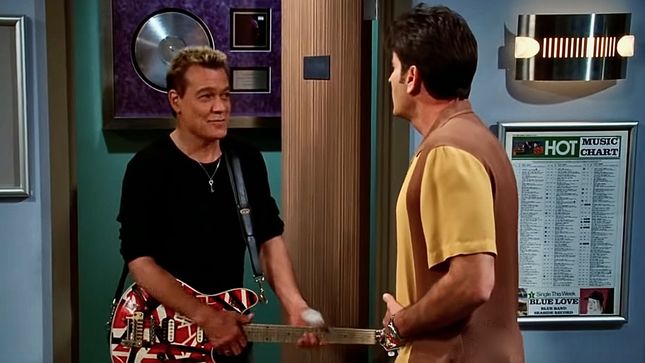 Back in September 2009, Van Halen guitar legend Eddie Van Halen, who passed away on October 6 at the age of 65 after a long battle with cancer, made a guest appearance on the Season 7 premier of CBS sitcom, Two And A Half Men.

In the episode, Charlie (Charlie Sheen) bumps into Mia (Emmanuelle Vaugier) at a café, Mia asks Charlie to help her out with some music she has been working on. Look back on Eddie Van Halen's guest spot in the video below: