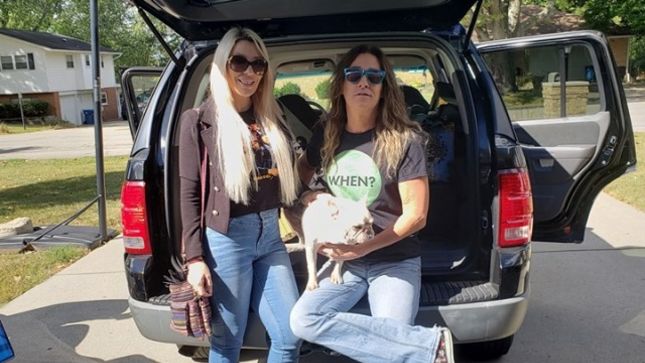 Sometimes, fate brings together two supreme talents from polar opposite ends of the globe, who, under normal circumstances without the help of social media, would have possibly never met and combined their musical aspirations for a project that deserves the attention of the masses. That project is Fleshy, which combines the jaw-dropping vocal ability of Australian singer Hellz Bellz, the virtuoso skills of former Megadeth lead guitarist and solo artist Jeff Young, along with bassist Ric Fierabracci and drummer Jeff Tortora. Together they are unleashing the kick-off single "In the Flesh", an energetic blast of hard rock, heavy metal, punk, and pop, the hooks undeniable, the vocals soaring, the guitars blazing, and the grooves irresistible.

Check out the official video for "In The Flesh" below, along with the latest episode of Young's Musicians Without Borders featuring a Fleshy live in-studio performance.