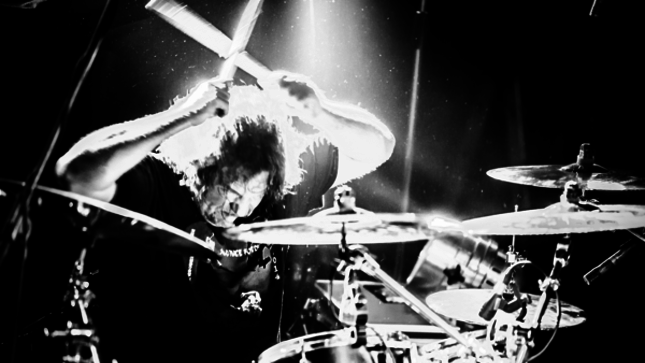 Flotsam And Jetsam have checked in with the following update::

"Flotsam and Jetsam regretfully announce that Kelly Smith will be stepping out from behind the drums to focus on caring for his family. Please extend him your love and support during this time, as we wish nothing but the best for our Flotsam brother. Kelly was instrumental in bringing Flotsam back to its current form with a touring and festival schedule that, since 2013, saw the band perform live in 15 countries and across the US for 80+ shows."

Smith has issued the following personal message to the Flotsam fans:

“As of August my family has suffered the loss of two family members and a third is now in critical condition. With all that has taken place, it has taken me away from the focus of my duties in Flotsam for the foreseeable future. In 1982 Flotsam (Dredlox – Dogz) was born in Scottsdale, AZ, on my parents back patio. Despite all the progress we have made, I am regretfully unable to continue on this journey, as always I only want the best should my comrades continue the good fight. Flotz til Death.”

As Smith departs, Flotsam And Jetsam continue their work on a new album that is still scheduled for a Spring 2015 release date, to coincide with the band’s upcoming European tour and festival dates. Details on the upcoming album and new drummer will be released soon and can be found on the band’s Facebook page and website.