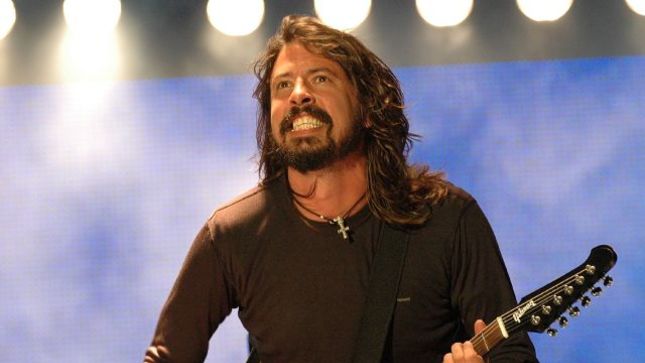 Foo Fighters frontman Dave Grohl, who is in self-isolation like the rest of us (should be), has checked in with an update via Instagram. Read below:

Grohl is featured in the clip below talking about Ronnie James Dio for The Blairing Out With Eric Blair Show. The interview took place during the Dio Bowl For Ronnie event in Los Angeles on November 7th, 2019 in support of the Ronnie James Dio Stand Up And Shout Cancer Fund

Grohl: "Holy Diver is one of the best fucking albums of all time. When I listen to records, I don't just listen to the vocals, I don't just listen to the drums, I listen to it as a whole. An album like that, that's kind of the perfect record. Vinny Appice's playing on that fucking album is insane. As a drummer, I listen to that record and it's, like, I don't know if it's composition or if that shit was just coming off the top of his head. But as a drummer, that album is incredibly inspiring and influential. The simplicity of something like that - that's one of the things I've always loved about Dio's music: it's not overly complicated or orchestrated, it's a sum of a few very simple parts. And it's powerful, and I fucking grew up with that shit.

I remember being 13 or 14 years old and seeing 'Stand Up And Shout' live on Don Kirshner's Rock Concert on Friday night. It makes you want to become a musician; you see something like that and it's so moving and inspiring that you're, like, 'Oh my god, That's what I wanna do for the rest of my life!' It did that to me."

In case you've been living under a rock, check out Holy Diver on Spotify here.