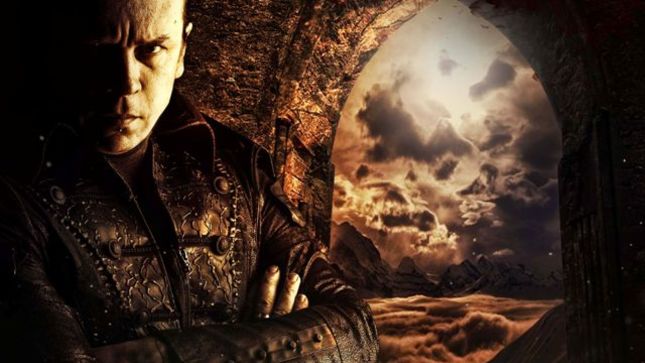 Paul Allender, best known for over two decades in the British metal act, Cradle Of Filth, has come back from the grave, returning from a musical hiatus to join the theatrical production of the epic musical, DiAmorte's The Red Opera.

Coming on as the production’s first permanent member and visionary partner, Paul’s enthusiasm for the traditional theater and opera production is a welcomed asset to DiAmorte with a shared desire for something that goes far beyond the traditional band arrangement.

DiAmorte is a complete theatrical production company with a core philosophy of presenting music as more than any ordinary band but, as a live experience. It is the opera production for a modern age, linking the grandeur of past to the audiences of the present, imbuing new life into a genre often viewed as antiquated. DiAmorte has captured the imagination of audiences with fully staged cinematic choreography, lighting, and an extensive stage production that has seamlessly blended with a one of a kind orchestral savagery that makes each and every show a must-see for all walks of life, from the classic musical theater goers to heavy metal enthusiasts alike, DiAmorte’s attention to detail makes their productions accessible, fulfilling the visual and musical desires of crowds demanding more for their paid admissions.

Heralded as “unapologetically theatrical”, DiAmorte does not follow the same weary formulas that have stagnated the modern music era but through constant innovation and imagination, have brought rich stories to life, brimming with intrigue and indulging the senses from start to finish with high shows, full fleshed stories and characters, and a diverse cast of talent spanning the globe to bring you the best in live entertainment. Featuring full cast of prestigious performers including Paul Allender (former Cradle of Filth), Mike LePond (Symphony X) and Markus Johansson (THEM), world touring opera singer Armenia Sarkissian, along with award winning music producers,  and composers for music for Legendary Pictures, Ubisoft games, Gravitas Ventures, and Saban Films.

Each album produced is its own episodic adventure, there to fulfill and serve the live experience not the other way around. Their latest masterpiece “The Red Opera” tells the tale of two fallen kingdoms in a dying land locked in an eternal conflict known as "The Great Divide." On the horizon looms a dark, insidious force that influences and corrupts the powerful, accursed lord and through him, seeks to destroy all humanity and life, including his beloved human shield maiden, that new life may begin again.

Beyond the narrow scope of talented musicianship, DiAmorte boasts a fully staffed, self sufficient internal creative team, complete with graphic design, marketing, branding, and video production capabilities as a means of maintaining brand focus, eliminating timely and costly liabilities as well as delivering a full experience beyond the live performance. This has allowed DiAmorte to flourish effortlessly as a viable force without need of external reliance, which in turn, ensures a quality and consistent entity, capable of delivering product in every way, on and off the stage.

Watch the lyric video for "The Everlasting Night" below.

For more info on DiAmorte and to purchase The Red Opera go to Dark Star Records. 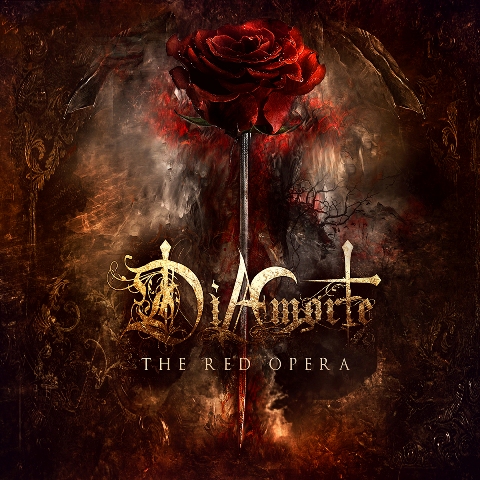