Former KISS Guitarist BRUCE KULICK On 35th Anniversary Of Asylum - "It Was Really A Challenge, But I Loved It!" 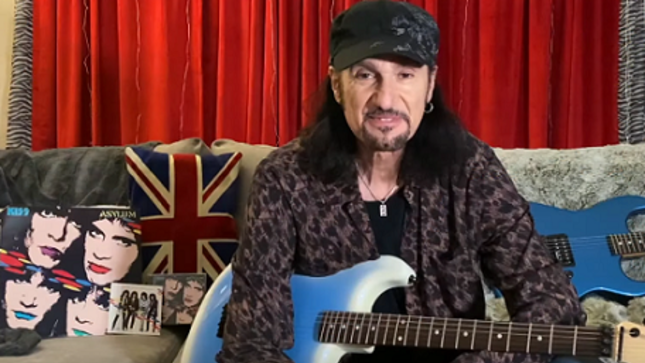 35 years ago, on September 16th 1985, KISS released their 13th studio album, Asylum. Spear-headed by the singles "Tears Are Falling" and "Uh! All Night", Asylum has since been certified Gold in both Canada and The United States.

"Here's my story on this iconic KISS LP, released in September of 1985," says guitarist Bruce Kulick. "It was my very first for the band as the new lead guitarist. I discuss the songwriting, the recording, the album’s artwork, and my working relationship with Paul (Stanley) and Gene (Simmons). It's truly an in depth look into the ASYLUM!"

"King Of The Mountain"
"Any Way You Slice It"
"Who Wants To Be Lonely"
"Trial By Fire"
"I'm Alive"
"Love's A Deadly Weapon"
"Tears Are Falling"
"Secretly Cruel"
"Radar For Love"
"Uh! All Night"