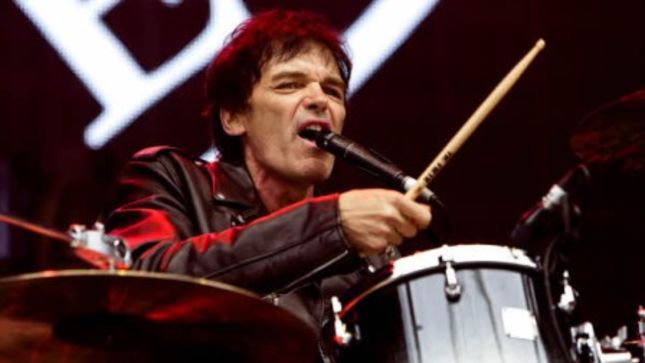 Metal Express Radio's Mick Burgess caught up with drummer Richie Ramone of Ramones fame during the UK leg of his current European tour. In the clip below hear them chat about the current tour, having fans spanning over four generations, Richie’s upcoming solo album, auditioning for the Ramones back in the day, getting the accolade of the Ramone last name, his time in the band (from 1983 - 1987) and his decision to quit.

Richie: “One day I’m hanging out and Little Matt (Matt Lolya) who’s the Ramones‘ roadie he said ‘I gotta go, I gotta go the city now.’ I said ‘Where are you going?’ He said ‘The Ramones are auditioning drummers’ and I said ‘Oh put my name in the hat.’ Well, next week I got a call from Monte (Monte A. Melnick) the tour manager. I went down and just auditioned like anybody else would audition. So being in the right spot at the right time changed my whole life to be a part of this amazing band.”

For information and updates on Richie Ramone go to this location.