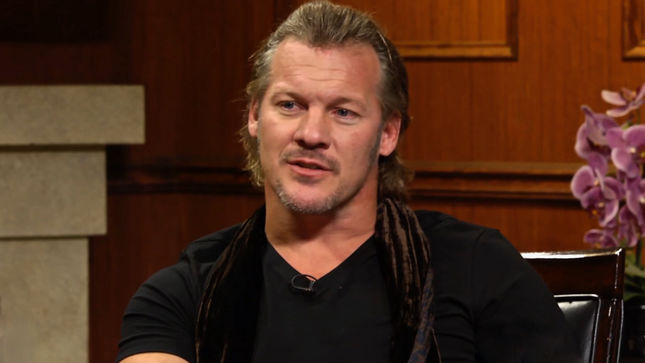 In a new interview with Larry King, Fozzy frontman and WWE star Chris Jericho (real name: Christopher Irvine) explains how he got his stage name.

“They wanted me to be a cowboy when I first started (wrestling), and I hated cowboys and stuff,” says Jericho. “So they wanted me to be like “Cowboy Chris Casper” or something like that, so I needed a name quickly. There was this cassette tape of this German heavy metal band, the album was called Walls Of Jericho, and I was like, ‘I don’t wanna be “Cowboy Chris Casper”, I’ll be “Chris Jericho”.”

Fozzy’s new album, Judas, will be released on October 13th via Century Media.

The band recently unleashed the first single off their forthcoming seventh studio record. The music video for the album’s title track is available for streaming below.

Chris Jericho offers his take on the "Judas" music video, stating, "For such a dark and sexy song like ‘Judas’, we wanted a dark and sexy video to match... and we got that and more! In one take we filmed a unique, visually stunning masterpiece that combines an incredible song, psycho clowns, hot chicks, a man on fire and a great rock n roll band, all in one tasty video morsel. What more could you want... a giant rabbit holding balloons? Oh yeah, we've got that too!"

Fozzy and Gemini Syndrome will hit the road this fall with guests The Stir.

Says Fozzy: “The Judas Rising Tour continues this fall in the US as we celebrate “Judas” being #1 on SiriusXM Octane! Stoked to have the amazing Gemini Syndrome and The Stir joining us on what will be THE ROCK SHOW of the fall!” 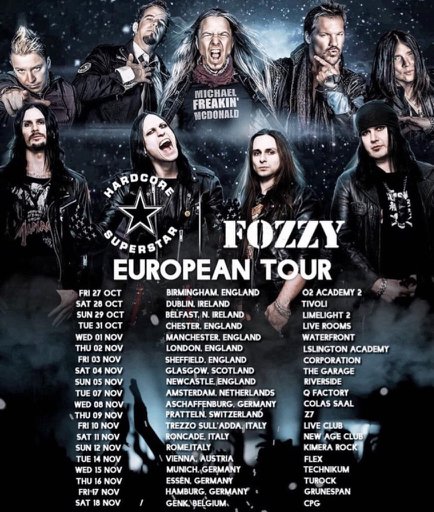