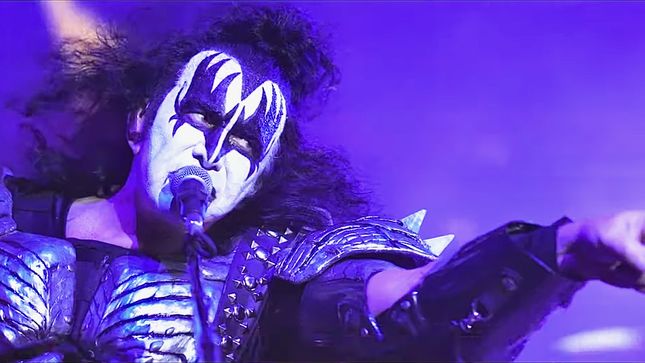 The new festival, running August 6 - 8, will replace CannaFest, a music festival Varabioff used to throw in the area each year, which has showcased acts like Bret Michaels, Vince Neil and Cheap Trick.

And now, CBC.ca is reporting that when Simmons invited tens of thousands of people to the summer music festival, it was the first the local mayor had heard of the event.

Brian Taylor, mayor of Grand Forks, B.C., only learned the KISS star was launching his Titans Of Rock festival there after Simmons made the announcement Thursday on CBC's Radio West.

Simmons says he expects 40,000 people to attend his new festival on the first weekend of August - and while Taylor sees the financial benefits it could bring to the southern Interior community of around 4,000 people, the proposed scale of the event is raising a few concerns.

"This was news to us," said Taylor on Radio West on Wednesday, adding he had only heard casual comments at city hall about the possibility of the festival, but nothing in terms of a formal discussion.

Taylor said the park can comfortably hold about 7,000 people and around 15,000 maximum daily attendees, given that festival crowds ebb and flow and not all attendees are likely to be on the grounds at the same time.

"It's becoming too big for the site we are in," said Taylor, adding he also has some reservations about the type of crowd the event could draw.

"We haven't seen the lineup yet. One of the concerns is that it might change the demographic," said the mayor, referring to those who attended CannaFest as "quite quiet" fans of music he called "boomer rock".

Read the full story at CBC.ca.