GENE SIMMONS Defends Putting Ice In His Cereal, Shows How It's Done (Video) 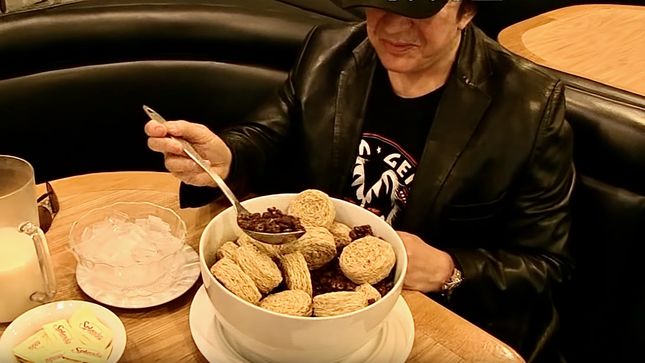 TMZ reports: "Gene Simmons doesn't understand why the Internet can't stop talking about his preference for ice cubes in cereal... he says folks should be worried about more pressing issues, like Vladimir Putin!

"We got the KISS rocker heading into Beverly Glen Deli for a quick bite to eat and had to ask about his weird eating habit - putting ice in his cereal to keep the milk cold.

"As you know... Gene got a rise on Twitter New Year's Day by sharing his ingenious way to keep his cereal from soaking in lukewarm milk, setting off an endless debate about the practice. Gene tells us how his "snooping" daughter got the whole thing started... and says it makes a lot of sense why his ice usage is dominating social spheres. See if you can detect his sarcasm.

"After getting serious for a moment about the dangers facing our society, Gene goes back to his happy-go-lucky ways and shows everyone how they can enjoy their breakfast like a rock star."