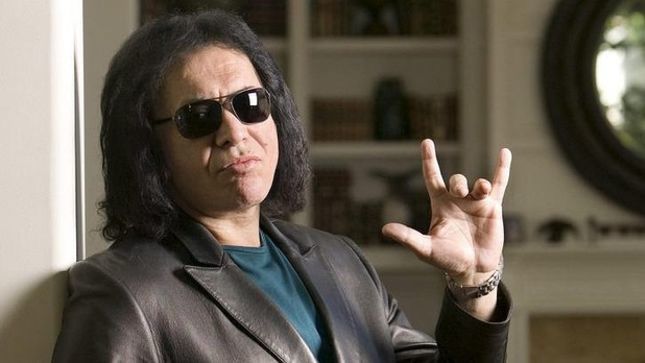 KISS legend Gene Simmons recently spoke with Billboard about a number of charity events he's currently involved with, including tonight's event (August 16th) at Lucky Strike in Hollywood. He and Johnny Depp will bowl and lead an all-star jam that also includes Gilby Clarke, Nuno Bettencourt and more to raise funds for Mending Kids, an organization that raises money to send doctors around the world to perform operations on kids in need.

Billboard: Like many comedians, KISS has always been very outspoken and it took so long for you guys to get in the Rock and Roll Hall of Fame.

According to The West Australian, Perth businessman and philanthropist Brendan Clark has struck an unlikely friendship with Gene Simmons. The 30-year-old met Simmons in Zambia in 2012 and was surprised to find much more to the 65-year-old rocker than his over-the-top persona.

“We talk every day, at least by email,” Mr Clark said. “When in the United States recently we were together every day.”

Mr Clark said Simmons was probably a bigger businessman than rock star — an entrepreneur and a mentor.

When KISS come Down Under in October, Simmons will be at Mr Clark’s disposal to promote the charity and will be a guest at an event on October 4th, the day after KISS kick off their Australian tour at Perth Arena.

Mr Clark said Simmons told him he could use him every day of his 15 days in Australia to work for Health Hope Zambia.