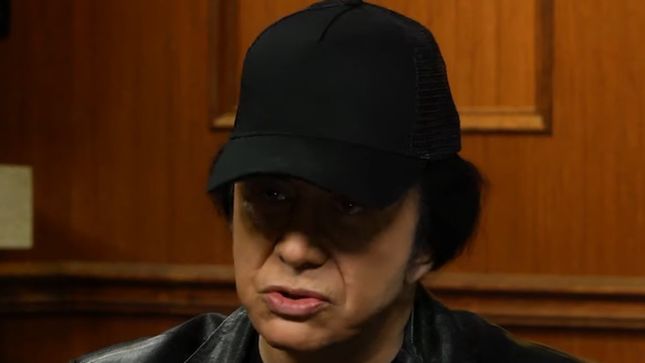 In separate separate videos below, Larry King Now, with guest host Dennis Miller, spoke with KISS’ Gene Simmons and they discuss why he plans to retire after their world tour, what he thinks of streaming services, growing up in Israel, rock music today and numerous other topics.

Miller asks Simmons: “I honest to God think that I was at a KISS farewell show 20 years ago. Am I hallucinating?”

Simmons: “I think I was on that one too. It's a fair question. What happened was that Peter Criss and Ace Frehley - who are the original founding members with Paul and myself 46 years ago. Not everybody is designed to run a marathon it's fair to say. And not everybody should be in a band that lasts decades and decades. So by the turn of the early 2000's it became dysfunctional to the extreme. They were asked to leave or left on their own volition three different times because of the cliché of the clichés; bad behaviour, unprofessionalism, drugs, alcohol. It's been done, come on. The we looked at each other and said we can't live up to the ‘you wanted the best, you got the best,’ let's just call it quits.”

Watch the chats below: